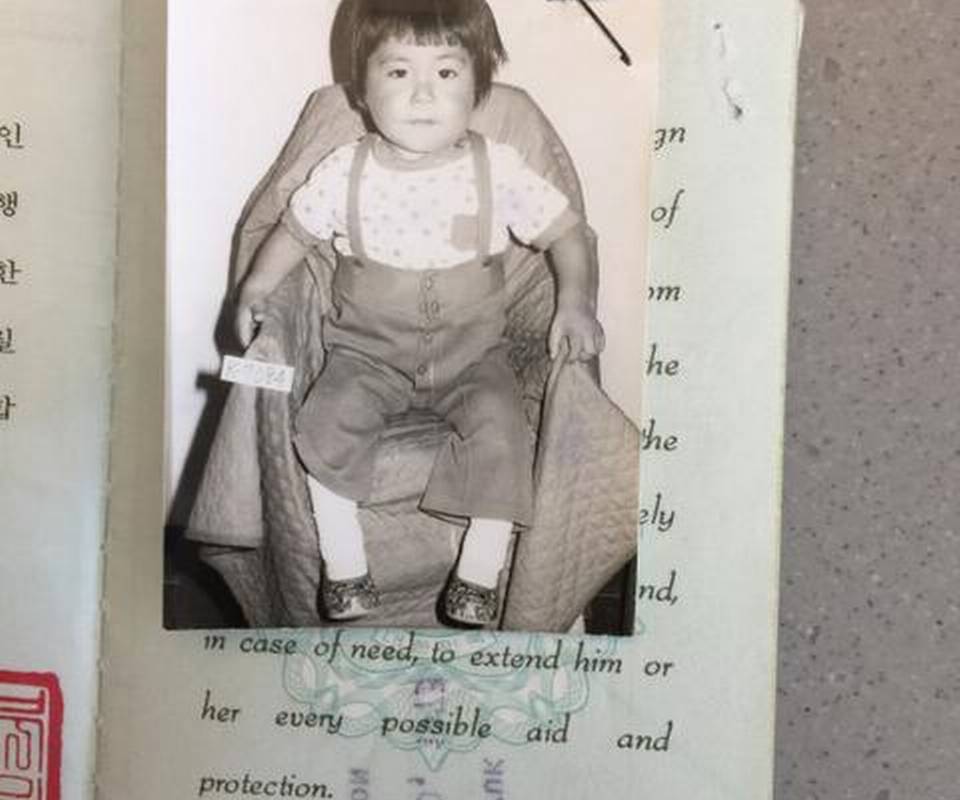 A few weeks ago, I read “The Returned” in The New York Times about hundreds of Korean-American adoptees returning to their parents’ homeland as adults, to live there. I was shocked to learn that in the late 1980s adoption became a lucrative business that brought millions of dollars to Korean agencies, with an average of 24 children leaving the country each day. And over the past six decades, at least 200,000 Korean children — the population of Des Moines, Iowa — have been adopted into families in more than 15 countries, with a vast majority living in the United States, the article stated.

The common complaint among the “returnees” was that they didn’t feel fully accepted by their white American parents. Korean-American William (Billy) Edwards of Kansas City, 42, came to the United States 40 years ago about this time of the year in the arms of a total stranger the Holt International Adoption Agency had entrusted. He has a different story about his white American parents, Michael Edwards, a financial services expert, and his wife, Carol.

Billy had serious health issues, his father said — four kinds of intestinal parasites, bad teeth and rickets, a childhood bone disease common to malnourished children. At a Chicago airport, the American parents and their new Korean son met for the first time, but the parents didn’t speak any Korean and the toddler knew no English; all they could was smile at one another.

“As we drove back to Lee’s Summit,” the father said, “Billy slept most of the way. But out of the blue, Billy suddenly spoke English! ‘Truck, truck,’ he said, pointing at a semi-trailer passing our car. At that moment, I not only understood that ‘truck’ was an international word, but also had some assurance that we could communicate with Billy somehow.”

When the long journey ended that evening and they took Billy into their typical American suburban home, Billy looked around the living room with wide eyes — the furniture, pictures on the walls and knickknacks. Then he began to laugh and clap, and performed somersaults over and over on the carpeted floor.

“To Billy, who had lived in a Korean orphanage all his life, our home might have looked like a castle,” the father said.

Billy often woke up in the middle of the night, crying from the pain of rickets, and the father stayed at his bedside, rubbing his little bowed legs until his son fell back to sleep. At age 6, Billy’s poor hearing was discovered, and he got a set of hearing aids, which he profoundly disliked and pulled out whenever he could. He took speech therapy from the third grade throughout his high school years. The parents divorced when Billy was 9, and Billy moved in with his mom. Two years later, Billy had difficulties living with his mom and stepfather, and moved in with his father.

I met Bill on a recent Saturday, his father at his side. He brought his passport issued 40 years ago, with his baby-faced photo and adoption papers written in Korean. For the first time, with my help, Bill learned to read and pronounce his Korean name Jung, Jong-Hyuk printed on every document in his hands.

I shared with Bill about Korean adoptees returning to their parents’ homeland as adults, and asked, “Have you ever thought about going back to Korea?” “Not really,” Bill said, without looking at me. He seemed to say: Why do I want to go back to the country that sent me away? I’m an American!! “Do you remember meeting your parents for the first time?” I asked, but Bill shook his head. “What role did your father play in you life beside the fact that he adopted you and provided for you?”

Billy turned to his father as if trying to refresh his memory of him. The father looked back, and there was that spark of bond and trust between the father and son. Turning back, he said, “Dad was everything for me in my growing years. He gave me many things that I couldn’t have, had I stayed in Korea.” “Billy broke every toy we gave him,” the father said. “He had to see how things were made! And he’s still like that!”

“I struggled in school,” Bill said, “and Dad helped me with homework. After high school graduation, with his encouragement, I took culinary classes at a local community college and worked at two restaurants as an assistant cook. But a year later I was tired of working in the kitchen and switched to UPS. I’m still there after 21 years.” “Billy is a very hard worker,” the father praised. “He’s an avid bike rider, too. He rides to and from work — 25 miles both ways, but on Saturdays, 45 miles per day!” “Without Dad, I can’t be who I am today. … And he believed in me and he still does!”