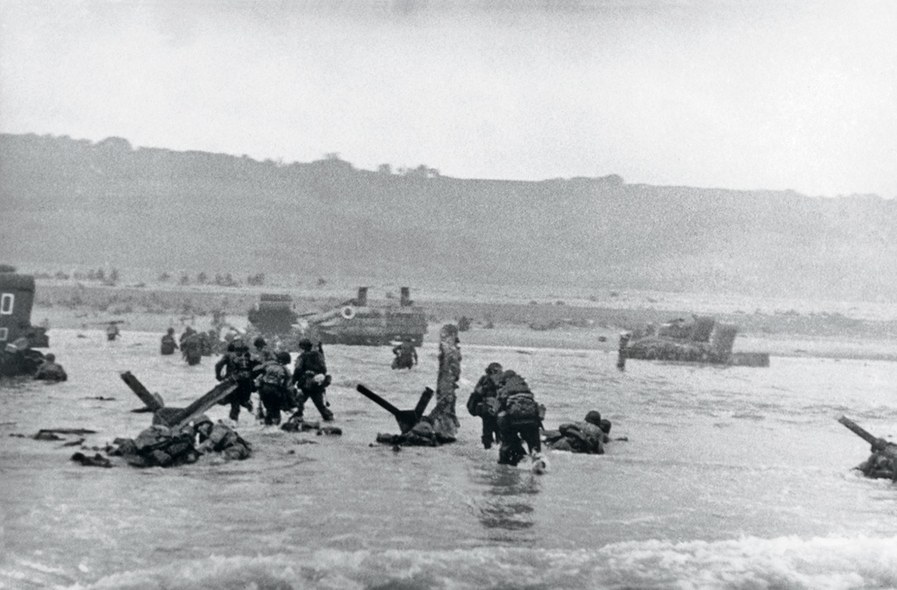 Local Korean War veteran Clyde Koch, a Purple Heart recipient, died on Wednesday, Feb. 9th this year (2016) at Good Samaritan Society in Olathe at age 85. Though he suffered symptoms of Alzheimer disease for several years, he vividly remembered the Battle of Chosin Reservoir he fought in as a young Marine and painstakingly wrote down what he remembered with pride, so that his personal history will not be forgotten. His widow informed me of his passing and also kindly shared with me what he wrote, over coffee.

“I served in the U.S. Marine Corps for 4 years between 1947 and 1951. I received a Purple Heart at Tripler Hospital in Hawaii on Jan 1951. I had been shot in the chest and right leg during the first few days of the battle… Nighttime temperature plunged to 30-40 degree below zero (and) the ground was frozen solid. Night fell at 4:30 p.m., and morning came 16 hours later… A huge number of Chinese soldiers had crossed the Manchurian border and surrounded us. They came in waves…but we were seriously outnumbered. We fought days and nights to break out of the trap they had set around us. I was part of the artillery unit of the 1st Marine Division but was ordered to go with the infantry… We each carried a 30 caliber rifle but they kept freezing and didn’t fire. I found an M-1 rifle along the road and used it until it, too, froze up… Then I used a machine gun.

“The cold temperature (made) nearly impossible to dig a foxhole. At night, we took turns (to watch) so that no one would sleep too long and freeze to death…I was shot during one night. It was too dark to know where the enemy was. We had noise-maker to alert us but you couldn’t see them… ( After I was shot) I don’t know how long I lay on the cold ground but I remember the medics coming …They put me on a stretcher and took me down to the aide station where the dead and wounded were attended to… (Later,) we traveled in jeeps for two days to the (town of) Hagaru to be flown to Yokusko, Japan. After two months, I went to the hospital in Hawaii…”

Veteran Koch was the first Korean Veteran I wrote about my article “Inchon Landing Remembered (published in the Best Times, 2004.” This was when the Korean Veterans Association was raising fund to build their Memorial, which now stands on 119th and Lowell (next to the Trail Ridge Community Center). Many local South Koreans eagerly participated in the fund-raising efforts, including a Korean women’s group that hosted two annual luncheons for the veterans, and I got to meet many veterans, including Clyde Koch. The Inchon Landing was such a miraculous operation, which Gen MacArthur had orchestrated by mobilizing 74,000 U.S. troops, 6600 vehicles, and 260 sea-vessels and succeeded in taking the enemy occupied Inchon port, turning the losing war into a winning one, until the Chinese troops entered the war theater in November. Below is a part I wrote that depicts the scene of the Landing, observed by Clyde Koch:

“On the morning of September 15th, 1950, then a 20-year-old corporal Clyde Koch watched a barrage of fire on the distant shore from a landing-ship-tank (LST). ‘This is for real,’ he said to himself. He was nervous, but not that much, he says. He had been a Marine for three years. After six months training on Guam Island he served in the US garrison troops in Tsing-Tao, a large beer-producing port city in the northern province of Shantung, China. On this operation, Koch’s unit, Charlie Battery, (1st Battalion, 11th Marines, 1st Marine Division) had been aboard a LST since they had left Pusan on September 7th, and everyone was anxious for landing. The sea had been so choppy that motion sickness was common among the Marines. As morning wore on, enemy resistance seemed weakening, and finally, in mid-afternoon, orders came to abandon the LST and board a smaller landing craft loaded with 105mm howitzers.
As the boat carried them to the shore during the high tide, Koch was surprised to discover that the communists were nowhere to be found.

“The Navy pilots had done a wonderful job of clearing the shore with their bombardment,” Koch says. “It was an easy landing for us.”
The beach was littered with dead bodies, driftwood, and abandoned military equipment. In one area, behind a blood smeared chain-link fence, about 60 young North Korean prisoners, barely 16 or 17 years of age, sat in a group, stark naked, except loin cloths, hands bound behind them. It bothered Koch that one’s victory meant another’s defeat… A month later, he and his unit would march to the Chosin Reservoir, where the Chinese Volunteer Corp ambushed them mercilessly.”

As Koch’s memory of the Korean War–even at the time when his health and memories are failing–was important to him, my childhood memories of the Korean War and those who saved my country from the communists North are my personal treasures, the reason I keep writing about them.

Rest in peace, Veteran Koch! Your selfless service our country at the time of her peril will remain in the minds and hearts of Koreans who lived through it.

(Note: This Article was published in the Kansas City Star in March 2016)